Last Monday, the 19. July a 32-year-old woman was killed by her husband with several knife stabs in Bad Arolsen. In Kassel, the murdered woman was remembered at a vigil and the act classified as femicide.

At the vigil of the “Initiative against femicides” am 23. July came about 20 People together to commemorate the multiple mother, the on 19. July was allegedly killed by her significant other. In the police report as well as in the reporting based on it, the act has so far been primarily identified as a “Family drama” negotiated.

At the vigil, however, the act was explicitly named as femicide. The murder of women by men is not a purely private and accidental event, but also have their basis in property claims and male dominance. This social background of femicide must also be addressed and politically addressed in the case of individual acts, said the organizers of the vigil.

“Femicidal and Domestic, sexualisierte, sexist violence is not a ‘family drama’, not a private one, psychological or ‘honors- and jealousy problem ', but the attempt, To exercise power and control over women. It is necessary to make femicides visible as murders of women - that is our job.” 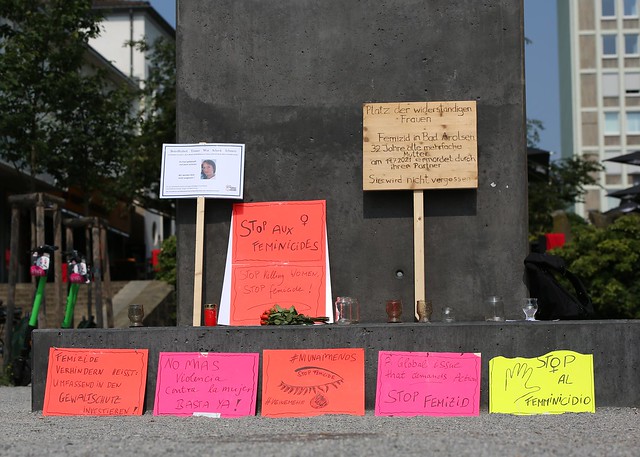