The Kassel initiative against femicides called on 11. February 2022 to a vigil in downtown Kassel, to bring anger and sadness to the streets at another victim of femicide. The vigil took place in memory of the victims of femicides in northern Hesse over the past two years. Candles were lit to commemorate, Flowers and banners laid out.

Am 01. February 2022 a 41-year-old woman was stabbed to death by her husband in Gemünden. The initiative against feminicide classifies the murder as a feminicide. In the speech, the initiative emphasizes the social background, take place before the FLINTA* murders:

“Femicides are not isolated cases or family dramas, but murders of women, inter, non-binary or trans people based on their gender. Behind it is a whole system of patriarchal violence, that we need to make visible. Feminicides are not a private problem, but a social one!“

Accordingly, the initiative against feminicides Kassel calls for it, to leave no more feminicide uncommented: "We don't want to have to mourn another victim of femicide in the future! Let's unite against patriarchal violence and organize feminist resistance against femicide!“ 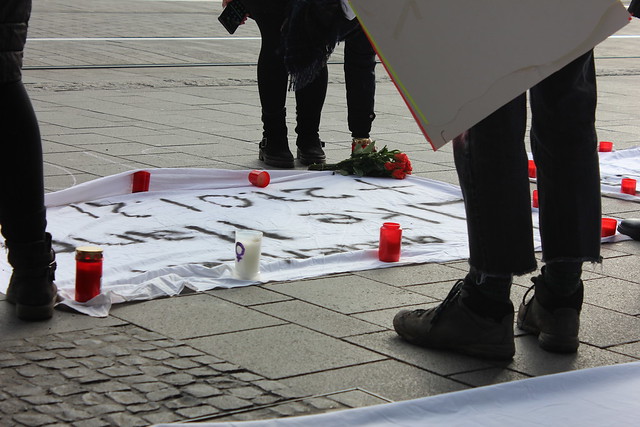